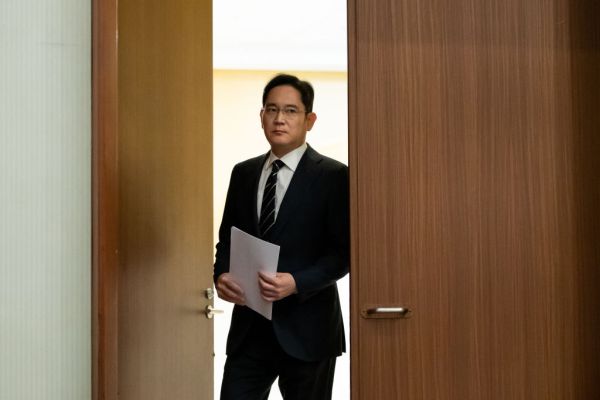 The trial of Samsung leader Jay Y. Lee, who is accused of accounting fraud and stock price manipulating, held its first hearing today at the Seoul Central District Court.

The Seoul Central District Court denied prosecutors’ arrest warrant request for Lee in June, stating that even though they had secured a “considerable amount of evidence,” it was still not enough to detain Lee.

Lee was not present for the hearing. Vietnamese state media reported that he was in Vietnam earlier this week to discuss investments with Prime Minister Nguyen Xuan Phuc.

Prosecutors allege that the value of electronics materials provider Cheil Industries was artificially inflated before its merger with Samsung’s holding company five years ago to create a more favorable rate for Lee, who was then Cheil’s largest shareholder.

Lee is also one of eleven current and former Samsung Executives indicted by South Korean prosecutors last month over charges that they inflated the assets of Samsung BioLogics, which Cheil held a major stake in.

During the hearing today, Lee’s attorney said that the merger and accounting process were part of normal management activities, reported Channel News Asia.

If found guilty, Lee may face a jail sentence. Lee has already spent time in jail, after he was charged with bribing former President Park Geun-hye to secure support for the merger. Lee was released from prison in 2018 after serving almost a year.

Park was impeached in 2017 and sentenced to a 25-year prison term for bribery, abuse of power and embezzlement.